Direct-To-Consumer:
The ultimate playbook for Scaling your acquisition with YouTube Ads 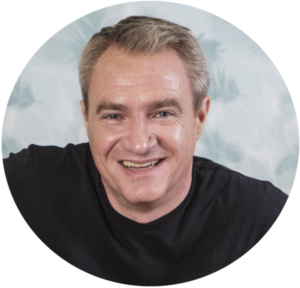 3/ Embrace video creativity at the heart of the system

Video becomes the Funnel: the power of storytelling
Creativity, as main performance driver
Experimentation vs supposition

In the US, 90% of e-commerce businesses earn less than $1 million in annual revenue (source: McKinsey).

In other words, scaling is a challenge for 90% of CEOs and CMOs.

Growing customer base is the scale engine for any brand… almost for Direct-To-Consumers.

Growth depends on both performance marketing – short term sales to sustain growth while being profitable – and branding. Indeed, only a community committed to the brand’s values, visions etc. can trigger the well-known halo-effect which will enable the brand to break through its glass ceiling and access a more sustainable and lasting development.

Finally, Scaling is about managing the right marketing actions to make customer acquisition Funnel profitable from Branding to Conversion – from Top-of-Funnel to  Bottom-of-Funnel – in a sufficient dynamic way to quickly and sustainably increase new customer base.

The Scaling campaign model we recommend is the marketing answer/secret weapon for DTC brands, especially during a time of data privacy policies evolutions, that are shaking the advertising industry.

Here are the 3 ultimate ingredients to build a Scaling campaign.

Let’s talk about your business objectives and how VideoRunRun can help set your road to Scale!

No Reach (aka TOFU), No Scale.

They focus on small targeted audiences, overwhelmed by ads, generating profitable sales – sometime with a very good ROI. But these are definitly not scalable.

Their limit? A “Hack” mindset, looking for the next quick marketing success. A way of thinking that blocks more ambitious decisions by fear of not driving similar ROI on all digital channels, without taking into account their effectiveness behind short term profit.

This usually increases their dependence on 1 or 2 acquisition channels increasing bidding competition between advertisers, playing the game of the main advertising platforms.

More accessible, this channel comes naturally as a solution to get discovered massively by new audiences.

The direct impact of this new paradigm – consisting in going up in the Funnel and moving away from direct purchase signals – is that the brand targets less intentional audiences during discovery phase.

It’s a mindset which requires to think long term and creativity in an industry driven by short term and Bottom-of-Funnel results.

[Brand building] implies some form of conditioning via repeated exposures to the brand’s message. It’s done before potential buyers take action to buy.

It requires the use of mass media platforms as the objective is to creat touchpoints with all consumers of a category, whether they are ready to purchase or not.

As the the audience is not in a buying mindset, people are not as attentive as they could be to the brand’s message. Creativity is fundamental to grab people’s attention –  wherever their position in the customer journey – in a way that triggers emotions and creates mental structures which predispose them to choose this brand rather than another one.”

As we often say to our customers, building a sustainable brand is not about adding Bottom-of-Funnel Sales. In other words: a sum of sales doesn’t make a brand ;-(.

Brand building and long-term vision. Sounds great! But who can pay for a TV ad campaign with no fundrising? And even if we had: is it really the only solution?

With over 126 million unique monthly viewers, YouTube is by far the most popular online video property in the United State, reaching all age groups.

It’s the only platform that can claim a reach as important as Facebook’s, without the amount of TV budgets $$.

The best of both worlds: the well-known performance of Facebook Ads associated with the Reach of TV 😉.

However, every marketer needs to drive performance on an advertising platform usually dedicated at branding or extra-reach.

Yes, we too, at VideoRunRun are fed up with non-skippable ads…

Now, let’s solve the equation: Scaling WHILE being profitable, how marketers can channel the power of persuasion before buying signals

2/ Suscribe to “One Step Selling” in Direct-Response

One-Step-Selling is the ability of an ad campaign to drive a direct action/response from the discovery phase.

The Scaling strategy we promote aren’t in the best practices of advertising platforms.

But why work on Two-Step-Selling – reach + retargeting – when the video asset allows One-Step-Selling, bringing people from discovery to conversion? It’s so simple and quick with YouTube’ s Direct-Response advertising formats.

At this level of the Funnel getting a 2X or 3X ROI is okay to Scale.

This is what experts recommend, especially for incremental growth, with a  CAC/LTV ratio of 1:3.

Okay, but how to secure profitable sales on Top-of-Funnel?

The answer: multiply the creatives/audiences tests and maximize media investment on the most profitable Top and Middle-of-Funnel audiences. Everything directly on YouTube, of course…

This is why we created VideoRunRun: to produce a simple, fast and predictable way for scaling sales on YouTube.

3/ Embrace creativity at the heart of the system

Video becomes the Funnel : the power of story-selling

As we already said, video is the only media allowing One Step Selling: with one single asset, an individual can go through all the steps of the Funnel, from discovery to website visit and eventually purchase.

Indeed, what other media can, in the same asset:

Advertising industry knows how much creativity is THE main driver of a campaign’s performance – from 47 to 70% according to studies. Selling is “only” about getting the right video creative.

We often mention Dollar Shave Club. A five-year-old start-up bought by Unilever for $ 1 million. The ad became iconic and opened the too little explored way of One-Step-Selling.

Nothing is left to chance in this video. Behind its humorous overlay, the structure is highly “funnelling” and the extremely rational arguments are dedicated to take immediate action.

Anyway, brands can perfectly start without such production and run YouTube campaigns based on existing videos.

This is why we created our free video ads scoring tool, the Creative Outcome Index to evaluate your existing video’s outcome potential on YouTube ads.

We also developed Creative Services more than affordable with one mantra: start from what you already have on Facebook/YouTube… rather than going for an expensive production.

We stand for experimentation vs guess marketing.

Why launch only one video ad and measure the business outcomes afterwards?

Video advertising efficiency depends on many ingredients coming together: introduction, soundtrack, call-to-action, device, duration etc. The advantage of YouTube vs TV, is the ability to launch as much creative variations as we want.

This is a fundamental step we work with our clients before launching a campaign with VideoRunRun.

The objective: launch as many video ads variations for as many different targets as possible.

Then, VideoRunRun’s Machine Learning is dedicated to find as quickly as possible the perfect match video/audience (referring to a specfic KPI) and maximize media spend on the most profitable campaigns.

The more video variations you have, the more chances you’ll find the best performers.

During the 2020 Christmas campaign of the French brand Le Petit Ballon, the best creative variation generated 385% more sales than the worst. A big deal when you measure sales and ROI!

We can help you identify your video “quick fix” for free: ask the Creative Outcome Index of your best video and learn exactly how to improve your creative to maximize YouTube ads performance.

Finally, the ultimate secret weapon is using insights from creative/targets to learn and understand which creative elements are driving most outcomes, so you can quickly iterate and run more tests.

What’s the best hook? Which CTA generates most clicks? Which Landing page drives the most conversions? How much impactful is the sequence “scroll-on-site”?…

Fuel campaigns with data and pivot your ads with creative teams, based on facts. It’s a virtuous circle that reinforces and secures the marketing creative teams as they turn informations into compelling ads.

This is also why we, at VideoRunRun, do everything it takes to keep our customers in control of their campaign’s data, wether it is on creatives or targeting.

Generating conversions is good for short-term objectives. But to understand why/how is better to keep scaling on the long run.

Don’t wait! Start rethinking you mix media now, before your business is impacted. What better time to set up a Scale campaign and grow your new customer base?

VideoRunRun is the (best) technology to drive and Scale your Direct-Response campaigns.

Have a video? Request your FREE Audit Now and measure how much performance it can extract from YouTube

GET YOUR FREE AUDIT

We only get paid when you earn money. Let us do the hard job of delivering leads/sales at scale and only pay for it. Discover Pay-As-You-Scale

In 2020, it was agreed, YouTube video was going to be more than just branding. Branding AND performance, with VideoRunRun technology used in Managed SaaS for the first time over the crucial Christmas period.